Story of Johnny & Impact of Marijuana

Story of Johnny & Impact of Marijuana

The tragic story of Johnny was unplanned, as most tragic stories are. Johnny was a grade-A student with a perfect score in math on the SAT. He was an outgoing, wonderful son to John and Laura Stack but his choices at the age of fourteen ended up affecting his mental state and eventual demise.

The state of Colorado was the first state to legalize recreational marijuana in 2012 when Johnny was twelve years old. As a high school freshman when fourteen, he “dabbed” at a party and in just five years at the age of nineteen jumped to his death.

Laura is a Hall-of-Fame speaker and never planned on starting a 501c, especially with an emphasis on the impact of marijuana. However, this cruel twist of fate in her life has led her to educate, inspire and hopefully create change that will save our youth. This article explains some of the basics, but you can find much more documented research and information on JohnnysAmbassadors.org.

Just as unlocking a gate to a property leads to a building inside, a gateway drug leads to more frequent use or dependence on a harder drug, such as cocaine or heroin. Marijuana is not always a gateway drug, but the use for adolescents often leads to addiction. Seventy-eight percent of first-time cannabis users (includes hemp and marijuana) are between the ages of 12 and 20 years.

Youths who begin using marijuana before the age of eighteen are four to seven times more likely to develop a marijuana disorder than adults. A youth’s brain is not fully developed until their mid-20s. Especially dangerous are the years fifteen to nineteen. In 2019, 11.8% of 8th graders reported marijuana use within the year. The Marijuana Research Report claims among 10th graders, 28.8% had used it within the year and 18.4% within the month. Among 12th graders 35.7% used it within the year and 6.4% said they used it daily or near-daily. There are many links to current research on damage to the youth brain and so much more at Johnny’s Ambassadors.

Marijuana of Today vs. Yesterday

Back in the 70’s much of the cannabis brought into the U.S. was a mixture of leaves, stems, flowers and other pieces of the plant. There was very little THC, the most well-known compound in cannabis that produces psychoactive effects. A jump in potency occurred in the 1980’s with hydroponic, or greenhouse controlled, systems.

Another huge jump in potency occurred in the early 2000’s. Today’s marijuana is 57-67% more potent than when compared to samples from the 70’s. Potency is measured by the levels of psychoactive cannabinoids in individual plant samples.

What the THC Percentages Mean

They have also created a range of concentrates with the average THC potency of 69.4%, some up to 95%. There is no validated research indicating that anything above 18.8% is more effective medically, but it is extremely more addictive, especially to our youth.

The Danger of Dabs

Dabbing is a fairly new and popular way to take concentrated THC. The concentrate is vaporized via a glass rig or vaping device into smoke that is inhaled. It can be odorless.

The real problems started for the story of Johnny in 2016 when he started taking dabs that could contain more than 80% THC. At the age of 16, he went from being a happy teenager with a 4.2 GPA to failing classes and becoming withdrawn. John and Laura as parents knew nothing about dabbing or cannabis-induced psychosis, which is fairly common. Marijuana is not new, it’s been around for decades. But today’s potency and use of marijuana is different.

When a Child Turns 18

As a parent of a child under the age of 18, you have the opportunity to gain school records, medical records and financial aid records of your child. However, once they are 18, you won’t even be able to make them a doctor’s appointment or call with an insurance question without their permission.

There are exceptions to this where the student’s health or safety is at risk or if claimed as a dependent for tax purposes. However, if a child wants to hide any health issue or addiction, he has the freedom to do so.

If you have a teen, please make a note of this and I urge everyone to get to know who your child, grandchild or special child in your life hangs out with. One of Laura’s regrets was not requiring weekly drug tests of her son before he turned 18. However, she didn’t know what she didn’t know. With any regrets, you can’t beat yourself up. You need to be able to move on at some point, which she did.

If you had told Laura even five years ago that she would start a non-partisan, nonprofit, grass-roots alliance of individuals around the globe concerned about the harms of youth marijuana use, she would have probably thought you were crazy. She was busy. She was successful. But then November 20, 2019 happened and her world drastically changed. Tears, anger and grief don’t begin to describe the depth of what she felt. She documents much of this in the book The Dangerous Truth About Today’s Marijuana.

Something else happened. A world-wide pandemic that cancelled all of Laura’s live engagements. She had time to create a non-profit and time to heal through that creation. It was the perfect time to work through her grief and turn a true tragedy around to make a difference.

I would never wish losing a child to suicide on anyone and my heart aches just thinking about the possibility and pain of that loss. I can’t imagine losing any one of our sons but know that none of us have any guarantee. But we can make a difference in education, information and connection to save our youth. I am super thankful someone like Laura with her skills, her network and her mission has started an organization that will hopefully save lives. Don’t be afraid to take the risk in your own life, whether it’s to start a new venture or make a difference.

We can make a difference in education, information & connection to save our youth. 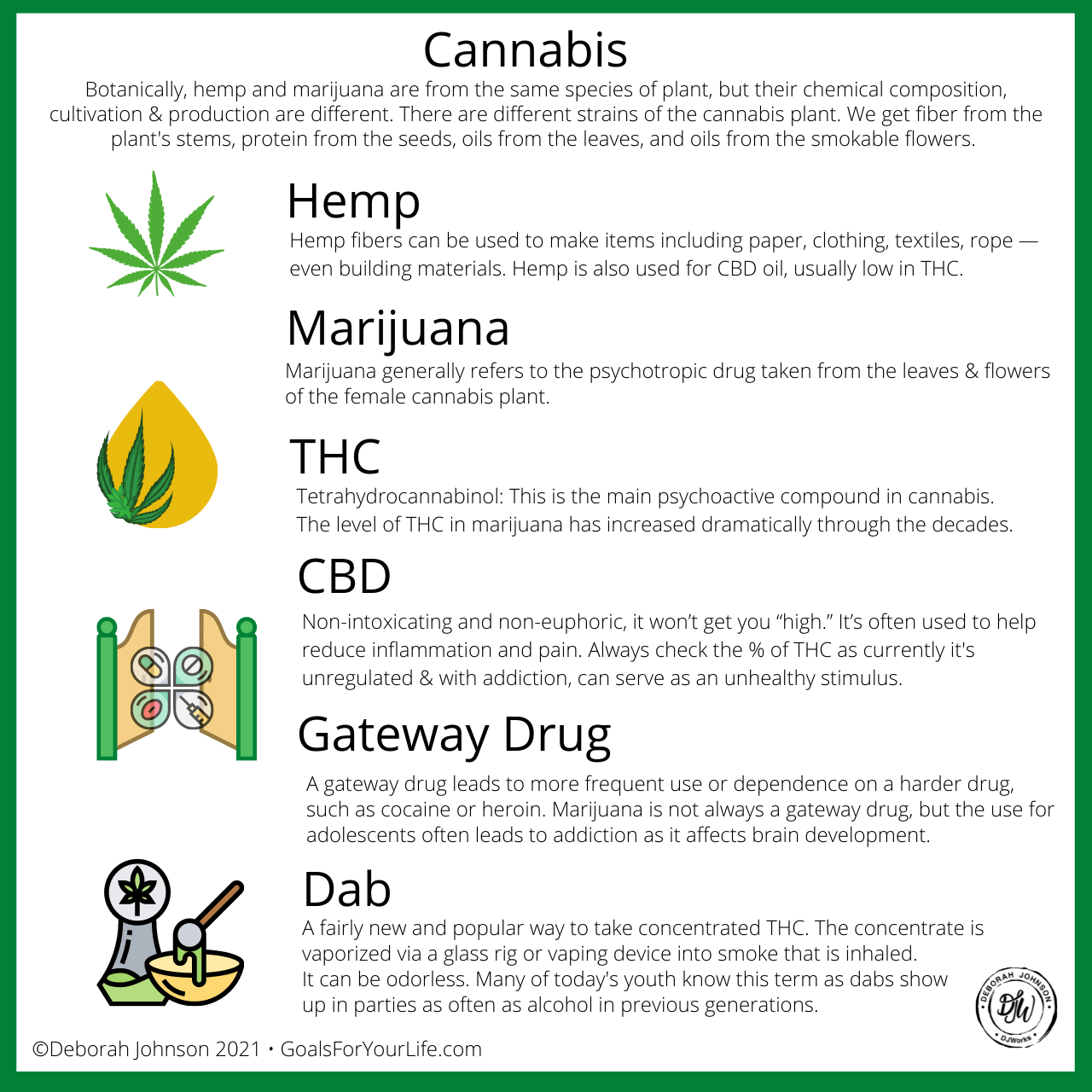