My father, along with a few partners, started a cement hand tool company called D&G Manufacturing with their designs of original work for their tools. What I remember most was going to the large warehouse and stacking up the small scraps wooden blocks discarded from the handles, building my own imaginative creations on the cement floor.

What I didn’t know at the time was that D&G had become the top manufacturer of cement tools in the United States. That is, until their designs of their original work were copied and manufactured with cheaper labor in a foreign company. The exclusive they had with the Home Depots and other large home improvement stores were then diluted with cheaper products that started flooding the market. But my dad didn’t stop innovating. He just changed direction and ended up selling his share of the company for a profit. My father wasn’t totally dependent on that cement tool company for his security or his livelihood and he knew when to take action. This scenario of copied work is more and more common today with intellectual property. So, what do you do when someone copies your original work? I propose three steps.

One: Know the Market and Your Product

When I discovered another author wrote a current book with the same exact title I had written several years earlier, my first response wasn’t all that admirable. I was a bit miffed. I looked at the line of reviews they had gotten and wondered how may copies they already sold. But then I had a moment of insight. I had actually covered a topic creatively that was worth pursuing and worth copying. In some ways, it didn’t matter how good their book was. Mine was first and I had a head start on branding.

It was still a bit upsetting, but at this point, I had been working in the entertainment field for a number of years where song riffs and snippets of lyrics were copied. They got away with it because it was just under the five-note copyright infringement law. That means you could copy four notes, then change the melody after that. We can all probably identify many stories or products that are imitated with a tweak or two to create another project or even another book.  This type of copying has gone on for years.

This should prompt all of us to identify our exact niche and purpose before creating products or projects. Cost can be commoditized, but quality can’t. Most of us have paid a little more for certain products because the quality is much better, thus the life of the product, longer. Some articles of clothing give us a good example of this, though a style is worth more to some than value of the material. If the garment is made of a quality fabric and the workmanship is solid, it is worth paying a little more. My husband encourages me in this when purchasing certain garments. He divides the number of years I’ll wear the garment into the cost. It at least makes me feel better! The quality and lifespan is a part of the communication of value for the original work, even for a garment.

Most of us can define the superpower of original ideas. Original ideas are why we have some of our innovative products today. Electricity, light bulbs, faster computers and even social media platforms were created by original thinkers. Many composers who pushed the limits of their abilities have compositions that are now a part of standard literature to be studied. The world is full of copy-cats and clones with those willing and actively seeking the shortest path to profitability and demand.

The Hydrox cookie, developed in 1908, was copied by Nabisco’s cookie, Oreo in 1912. It was the classic story of a small company coming up with a great idea when a much bigger and more powerful company copied the idea. According to Fortune Magazine, Hydrox ruled the market until Nabisco with its much larger distribution channel and budget, took over the market.

Even the popular kid’s building blocks, Legos, was crafted after English toy maker Hillary Page’s 1932 Kiddicraft Self-Locking Building Bricks. Danish carpenter Ole Kirk Christianson and his son Godtfred were inspired by the Kiddicraft bricks and created their own version in 1949, known as Legos in 1953. As Kiddicraft did have a patent acquired in 1947, Lego bought the rights to the design in 1981 for $54,445.50 USD.

Many find ideas that are worth expanding on and there is nothing wrong with the basic premise of that concept. However, an exact replica is a shortcut and I feel it cheapens the instigator of the process. Book titles and song titles cannot be protected by copyright, so there is no recourse if this happens. However, expanding on a brand and using a cloned idea or product as a launching point is fair game and I knew that when discovering my lifted book title.

I found it interesting that Keebler, who bought Sunshine Biscuits in 1996, replaced Hydrox with a reformulated cookie named Droxies. You can now find comparisons between Oreos and Droxies, which is always good press. Keebler has focused on their differences and uniqueness, even though Oreos has always outsold other products. 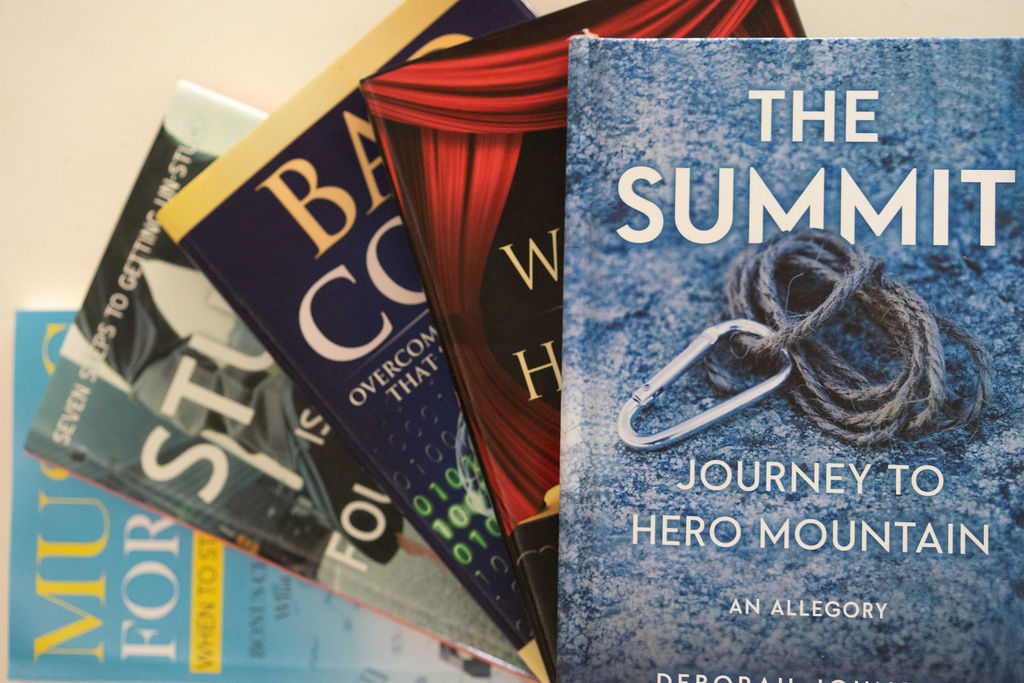 Doing the research about products is interesting, especially historically, but I’ve been thinking through what to do about a book. My action points at this time include research on all the copy that promotes the book that seemed similar to my own. Since the other book is with a publisher and not independently released, I realize there have been additional copywriters to write the copy. This is a good opportunity for me to learn from them.

I also know that just having a publisher doesn’t make selling a book any easier. It’s very similar to having a record deal for music. The artist is still responsible for touring and promoting. For my book title, the particular publisher for the authors who wrote the similar book, is for a specific audience of about 10% of the broader U.S. publishing market. My audience is broader and larger than that. A specific audience is good but can also be limiting depending on the market.

So, my action so far has been to study the copy, then I may make some changes to my copy on the back end. I can also pursue additional reviews as I study the reviews for the other book. There are many paid reviews I can pursue as an independent, similar to what is obtained by a publisher. Even though a publisher achieving a review sounds wonderful, the writer ends up paying their share for those reviews on the back end.

What I Have Learned from the Experience

I have learned that promoting projects, even with a small or large publisher, is the responsibility of the author or artist. This is a principle I taught music business students in college courses and it still holds true. There aren’t many shortcuts. Learn from others in what they are doing, even if you are initially discouraged. The book I wrote is very good and I tend to move ahead to my next project, giving it more attention. But this was a reminder to go back and make sure my previous projects get the attention they deserve and I will never quit creating quality original work.

There aren’t many shortcuts. Learn from others in what they are doing, even if you are initially discouraged.