Get Unstuck, Tools for Life

Frank Fabela, leading private CEO peer advisory boards for Vistage Worldwide, has focused on helping many family owned businesses, specifically in creating a board of advisors. Frank has actually been on both sides of the table, working as an engineer inside several family owned businesses, and also as an advisor and mentor for his own group members who own family owned businesses. In transitioning to the next generation, Frank outlined some guidelines that have helped many start moving through this transfer process successfully, most specifically with a board of advisors and setting up a unity of command. (You can find out more about Frank here: Frank Fabela)

Spouses: When a husband and wife are working together in a business, they might not always share the same perspectives on how things ought to get done. There is a style and temperament conflict even though they are meant to complement one another. Ultimately, one of them evolves into the decision maker for the rest of the organization.

Consequently, it's important to for both the spouses to be able to have constructive conversations that allow both them and the organization to work through their challenges, difficulties, differences. Having the board of advisors participate in these conversations can be really helpful.

Father and Sons: When the family business is run by a father and a couple of sons, normally you’d say to yourself, This is going to be great!  But often as the sons get enough experience and have developed enough business experience, the father is nearing a point where he would love to cut back, rely more on his sons, and enjoy the fruits of his labors.

However, the sons either both have their father’s strongly directive style, and therefore refuse to take instruction from one another. Or one of the sons would rather be doing anything else but working in the family business and feels stuck, therefore doesn’t contribute much to keeping the business afloat.  The responsible son in this case develops deep resentments against the other brother for not carrying his weight.

Advisory Board and Owners

Boards exist to give the leaders feedback and, when needed, push back, to ensure that the organizations’ goals are being both pursued and achieved.  When the goals are not being achieved, a good board initiates conversations that pinpoint distractions with reasons goals aren’t being achieved. They then sign off on new plans to achieve them.

In the case of a non-profit, the board also serves as a fiduciary. For corporations, a board serves as both a pool of invaluable experience and wisdom from which to draw from, and as a network for being able to secure access to relational networks. Regarding family businesses, a good board is a low hanging fruit opportunity for the business to have access to outside input, that likely would enable the family members to resolve their challenges effectively, preserve their relationship in its fullness, and ultimately, grow the business.

With the dad and two sons running a business, they all saw the world differently. The poor dad had thought these would be his golden years, instead they were becoming his handcuff years! If the father, along with one brother says It looks blue, and the other brother says, No, it looks red! you have four other advisors that say, Well no, in this case this is absolutely blue, and here are several reasons we all concur. This can cause real conflict.

Usually the results end up fairly evenly spread, partly because the board grows in its knowledge of the owners, what they value, where their perspectives are coming from, and what their personal goals are.  But instead of personal issues keeping the family from plowing through, you're getting honest, experienced, and trusted third-party perspective.

There is often quite vast differences in the perspectives of a marital couple. It’s not that one is any more right than the other, but ultimately a decision has to be made and has to be pushed down through the organization. The spouse technically has 50% ownership. How does that other person who has 50% ownership and an interest in the outcome get their opinion expressed? Where does it happen?

Frank doesn’t think it's a good idea to set a practice where most people further down in the chain are able to challenge decision-making regarding policy and direction. It needs to happen at the top.  But your spouse is at the top and has the right to challenge changes in direction, which is sometimes tricky to maneuver. 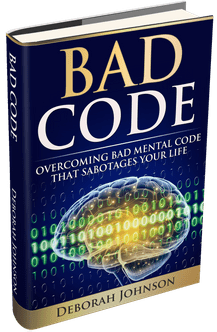 Value of an Advisory Board

An advisory board isn’t an alternative to the CEO, but resolutions come and flow through the CEO. The result then is a single command to the people down the chain. This lessens the chance of confusion and keeps the peace!

This information was specifically valuable to me as my sisters and I have had to maneuver through my parent’s trust. Going through the process took gaining wise advice along the way and we have moved through many details successfully. We are actually stronger together because of it. I’ve also grown in appreciation for each of their giftedness through the process. I hope what has been shared here helps you in some way as you meet the challenges in front of you!