Don Knotts and Tied Up in Knotts

Don Knotts and Tied Up in Knotts 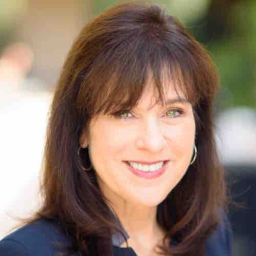 Who was Don Knotts?

Don Knotts, born Jesse Donald Knotts (1924-2006), was the legendary funnyman who made Barney Fife from the Andy Griffith Show (1960-1968) one of the most beloved characters in television comedy. He also made many movies with Tim Conway (1933-1019) such as The Incredible Mr. Limpet, The Ghost and Mr. Chicken and The Apple Dumpling Gang.

I met Karen Knotts, his daughter, when we were roommates and booth-mates at a National Arts Conference, APAP. Karen inherited her father’s sense of timing and humor and we laughed through our days and evenings together. I wanted to interview her for a couple reasons. First to celebrate her new book, Tied Up in Knotts, which is also the name of her one-woman-show and also to explore what it was like to grow up under a famous actor-father to enter show business for herself.

It all looks so real on T.V., but when you are on-set, you realize it’s not. Karen couldn’t believe how everything was really phony and compact. Everything was smaller than she imagined, from the shops in the show to the police car and even the dressing rooms.

The producers even solved the problem of getting a squad car in and out of the soundstage by creating a cardboard cutout to use when the doorway was raised. The creativity used to solve these issues served as a wonderful education in solving problems that seemed insurmountable.

The real fun was watching the shows, which Karen said they did as a family. This is not always easy for an actor or performer as there are many who don’t care to watch themselves act. More current actors such as Tom Hanks and Reese Witherspoon are in the no-watch camp, not liking to watch their shows. For those who are not from the generation of Don Knotts and his show-mates, this was back in the day when you didn’t have access to recorded programs. When the show aired, you’d watch it or you’d miss it! Also, at the time, there were only seven channels to choose from and most everyone watched the same shows. This is so different than today, where there are hundreds to choose from in multiple formats, and if you miss any of them, you can watch the recordings.

Not a Good Life for a Child

This was the advice Karen received from her father about entering show business as a child from her father. He knew how difficult it was to break into the business. Don Knotts had come along at a time when his gift of comedy really fit in what was needed and he had several breaks that propelled his career. He had met Steve Allen (1921-2000), first co-creator and host of The Tonight Show, who put him in a show that was literally the Saturday Night Live of its day, the Steve Allen Show.

As Don Knotts performed show live, he never got to actually see the show. However, he would lay awake all night thinking how he could make his scenes even funnier. This happens with many artists when inspiration for improvement and changes flashes in your head any time, day or night. Some keep notepads on their nightstand for these moments. Every project is a launching point for the next and learning from them is what most actors and entertainers do.

Don Knotts also experienced failure with his own variety show. But he did give Karen a shot on being a guest. You can see him singing Turn Around to her on this YouTube link in 1972. It’s fun to hear Karen’s sweet voice inflection is still the same as it was so many years ago. Don ended up being behind his daughters’ career choice 100% when she convinced him there was nothing else she wanted to do. He understood that drive all too well.

Karen became a SAG-AFTRA member quite by accident, which is how providence feels, especially in the entertainment industry. She was attending USC, eighteen at the time, and Ed Asner (1929-2021) was hosting a show on campus. Ed introduced her father then announced his daughter was a student there and had Karen stand up. This was the 70’s and Karen was in full hippie dress, including a broad brimmed felt hat. Her father got a call from an agent the next day asking for her. Their production had a last-minute cancellation and needed a replacement. Karen got her first real role.

This scene of providence reinforced the principle of looking the part for a role. Karen’s first real role was demanding for her at the time, but it helped her take another step toward her desired career. She said Yes, and never looked back.

Writing and publishing bring residual income. I have done this in my business with not only publishing books and speaking, but sheet music, musicals and online courses. Karen has done this with full-length plays, sketches and a pilot or two for T.V. Much of this work doesn’t pay off right away, but you will end up building a bank of content that ends up working for you.

This is a process that takes time. It takes systematic and regular work. But if you take one small step at a time with a great plan, you will find that you will soon build up your bank of material that will enhance your business. We have free goal worksheets that will help you with this. Multiple streams of income will help to diversify your income. This was driven home for so many when live entertainment was shut down for over a year. To survive during these times, you need that extra income.

Building Your Own Brand

Part of your own branding can consist of putting a show together, like Karen has done in her one-woman show and I have done with music shows. Or it can be putting together segments of a business. It is possible for different areas of your business to connect together with a similar purpose to that ties them together. In this way, you can have multiple arms with a similar purpose throughout of inspiration, training and entertainment. FREE Sheet Music Sampler

Today, creating something that is real and that will touch and connect with people seems to be a theme that many crave. A virtual world is creative and innovative but there is nothing like a human touch and connection. To make this happen takes preparation. This is true whether preparing for a speech, rehearsing a concert, crafting a sales presentation or teaching a course.

It is worth the effort to work toward your dream and build on your uniqueness for your own brand, just as Karen decided to do many years ago. Karen is telling the story of her father but has built into her own brand and is creating her own bank of intellectual property. You just have to say Yes to your dream and keep at it. Never give up; too many quit too soon. Don’t let this be you.

There is nothing like a human touch and connection.

DEBORAH JOHNSON, M.A., inspirational speaker, author and international award-winning music artist, helps others get unstuck and get off a plateau by producing and executing a successful plan to make their second half better than their first. Her message builds on her unique professional experience as a headline entertainer, composer, author, and owner of several businesses. Her 5th book The SUMMIT, out fall 2021, is an inspirational allegory that takes us on an enchanted journey to reach the Summit of our Hero Mountain®, never losing hope in the capacity of the HERO INSIDE all of us.

Deborah hosts and produces the popular Women at Halftime Podcast. Up for multiple GRAMMY awards & spending over 20 years in the entertainment industry, she’s produced over 2 dozen albums, and 3 musicals. She is also a past president of the National Speakers Association, Los Angeles.